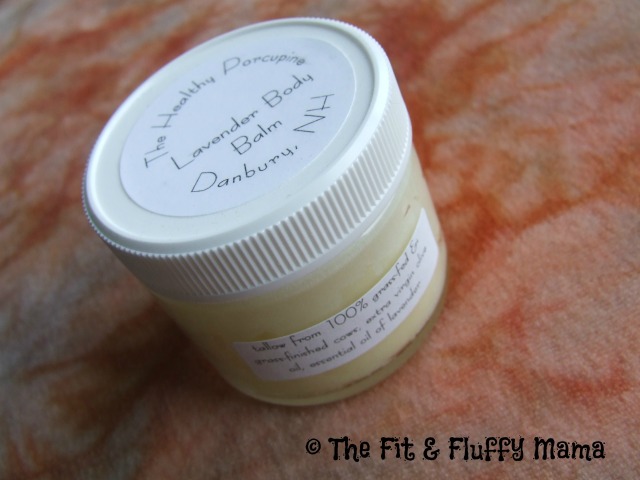 I’ve been meaning to do this for some time now, but with illness, so many things got pushed back on this blog. And, with being so sick, I get a lot of flareups with eczema, so this product I’ll be talking about has had A LOT of use which actually makes for a better review since it’s been used long-term.

A few months ago, I approached Jennifer from The Eczema Company about her products and my eczema since it was getting out of control. And by that I mean, swelling, blistering, cracking, bleeding and then weeping. I was at my wit’s end and in desperate need of advice. Being so unwell has just made my eczema a million times worse than it’s ever been, and from experience, nothing the Doctor has prescribed ever worked, and steriods made it worse.

Jennifer told me that a lot of the chemicals in the creams prescribed actually aggravate the condition, making it worse. But not only that, she told me that in most instances, food is a trigger and can aggravate flareups. The food thing was something I’d not heard of before. I’m 27 and have suffered all my life and not once has anyone suggested that something in my diet could be making my eczema worse.

In the emails, it was suggested to eliminate the following for one month:

Then add each one back in over a few days, noting any reactions and if no reactions, try adding another back in. Jennifer explained that with her son, when she eliminated most but not all of these, his skin didn’t change. When she then eliminated all, within a few days she noticed a big change. Turns out he had issues with several foods, not just one. It had never occurred to me that multiple foods, let alone one could make such a difference to skin.

Unfortunately for me, there’s not very much I can eat with my poorly pancreas that doesn’t make me feel worse, so I do still consume eggs, dairy and soy. So for me, I still needed something to soothe my skin because being so unwell makes my flareups horrendous.

I was sent a Tallow balm, made from only 3 ingredients: Grassfed Tallow, Olive Oil and Lavender Balm. No chemical nasties here!

The lavender balm has a love scent to it and contains lavender oil, which is a natural antiseptic and antibiotic that promotes healing and reduces scarring. With the balm, I was also sent bamboo gloves to use for ‘wet wrapping’, which I did at night-time.

A little goes a long way, leaving a lovely thin layer on your skin. I found that it didn’t really sink in all that well, so using it with the gloves is a must, in my opinion. 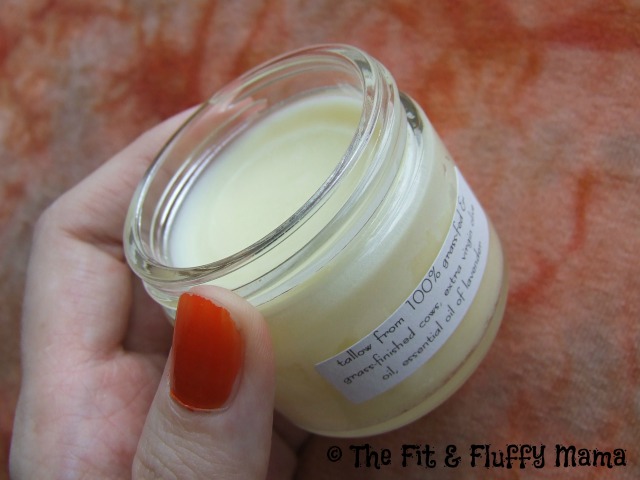 As I’ve said, my flareups have been pretty bad this year, so each time it’s happened, I’ve applied the balm in the evening and put the gloves on, sleeping in them. By morning the majority of the redness has gone and the swelling has gone down. Because my skin has been ‘wet wrapped’, it’s been given a good moisture boost which meant my skin stopped cracking and bleeding. And because it stopped bleeding, the weeping stopped. I repeat the wet wrapping until my flareup had gone, which, with the balm, is around 4 days. But the relief was evident just after one night.

The Tallow Balm has been a life saver this year. Normally I suffer for weeks with a flareup which makes doing anything extremely painful, especially with the skin cracking, bleeding and weeping. But now I know that I can apply this balm in the evening, pop on the bamboo gloves, and come morning, I have some relief meaning that I can carry on without wincing in pain.

I would recommend this balm to anyone who suffers with eczema which tends to crack and weep. It’s a fantastic, natural alternative to steriod creams, that actually works!

The Eczema Company sells many different things to help soothe eczema, including clothing. If you’re unsure about what you might need then email Jennifer who will be more than happy to advise.

There was an error retrieving images from Instagram. An attempt will be remade in a few minutes.